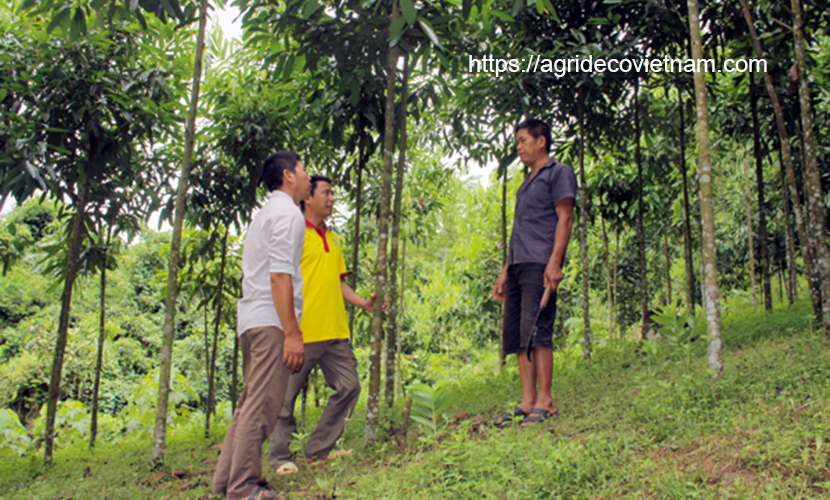 Following the road to the center of Tien Yen village, on both sides of the road, along the immense mountain slopes, there are green cinnamon hills, stretching straight to the sun. Walking under the dense canopy of cinnamon, giving off a sweet fragrance, I can clearly feel the new vitality of the land that is changing day by day thanks to the cinnamon tree taking root and growing steadily here.

Vietnam cinnamon also called as Vietnam cassia, which has been growing in Tien Yen for a long time. Cinnamon trees are not only associated with daily life and production, but also open the way to enrich the Dao ethnic people. Also from cinnamon trees, spacious and well-equipped houses have sprouted up in the middle of the village in the difficult economic area of ​​Bang Lang commune.

Mr. Tai, Head of Tien Yen village, said: “In the past, local people here mainly planted acacia and bodhi tree. Also, there were only a few households who spontaneously planted Vietnam cinnamon trees. Realizing that the land was cool and the cinnamon tree grew quickly and had high economic value, local people learned from each other’s experiences to multiply growing area.

In 2015, the government supported 70% of the seed price to encourage the Dao people to grow cinnamon. Therefore, most of the village’s forest is covered with cinnamon trees with a total area of ​​more than 60 hectares. In recent years, Vietnam cinnamon trees have reached higher price, which enriched for households here”.

As a village cadre, Mr. Tai is always the leading person to change to growing cinnamon trees. He went to Lao Cai province to buy seeds giving to local growers. Not only that, he also propagated, mobilized and guided people to plant and care for cinnamon trees in accordance with the technical process to achieve high productivity and quality.

He also converted an inefficient land area to grow one hectare of cinnamon. Because of the characteristic of a long-growing tree, after 2-3 years, he trimmed cinnamon branches and leaves and sold at the price of 1,000 VND/kg. With nearly 3,000 cinnamon trees, Mr. Tai hopes to collect a decent amount of money in the next few years.

Mr. Chiem, a local grower, shared: “My family is one of the pioneers in growing Vietnam cinnamon. Hard to believe that about ten years ago, my family was poor and had to take care of every meal. Last crop, we earned more than VND 200 million selling cinnamon products“.

“With such amount of money, my family built a house, bought more buffaloes to raise, and paid tuition fees for children. After 10 years of growth, cinnamon trees can be exploited. With a current area of ​​1.5 hectares of cinnamon, I will take good care of it so that I can step by step get rich in my own land”, he said.

As a difficult village of Bang Lang commune, Tien Yen has 123 households with over 500 people. In which, the Dao ethnic people account for more than 90% of the total. With high selling price, cinnamon has been affirming its strength in economic development and poverty reduction for ethnic minority areas.