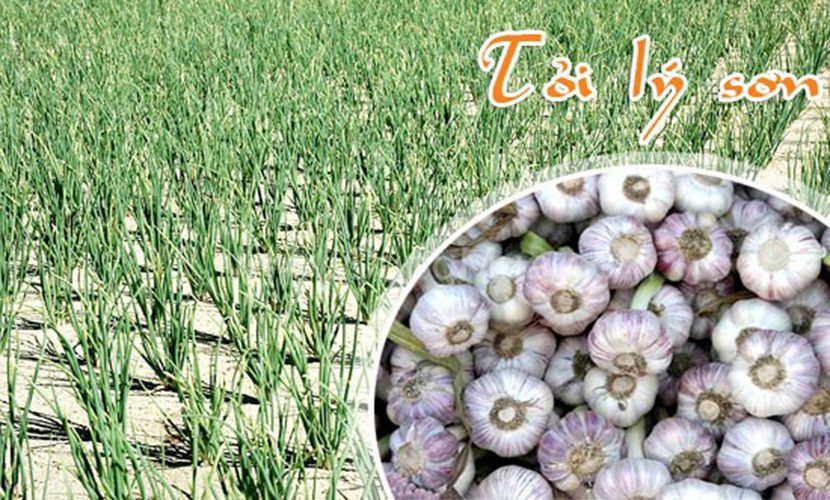 Garlic is a popular spice for Vietnamese people. In addition, is a medicine to treat and prevent disease. In Vietnam, garlic is planting in almost provinces. However, Quang Ngai, Khanh Hoa and Hai Duong are three province that dominate a largest amount of garlic in Vietnam.

Ly Son Island is an island district of Quang Ngai Province, more than 18 nautical miles from the mainland. It was a land with volcanic eruptions millions of years ago. The profession of the Ly Son people is still catching and growing garlic. The most famous brand of garlic in Vietnam is Ly Son garlic.

The land of garlic in Ly Son is a mixture between volcanic red soil and fine sandy land in a secret proportion. Ly Son garlic has a pleasant aroma, sweetness, less spicy and more intense than other garlic. Sand and soil are corroded particles from the coral reefs, the earth is a reddish-brown basalt formed by the volcanic activity that stopped functioning hundreds of years ago.

Phan Rang garlic is on sandy land, under the sun and the wind that creates a small firm garlic root. This time, in the sunshine on the sand, many people are harvesting garlic with excited spirits. They spit garlic out of the sand, rubbed dry leaves clinging to the shells and continue drying the garlic on the field.

Hai Duong is the Kingdom of garlic in the Northern parts in Vietnam. Previously, experts from the former Soviet Union and Western Europe to study garlic land for export chose Hai Duong as the focus areas for garlic production due to natural, and geological specialties of this area. After the former Soviet Union collapsed, Hai Duong garlic also suffered many difficulties in this market.

Recently, according to the national strategy, Hai Duong would be a cultivation area of garlic in Vietnam. The garlic planting here are big in size and high quality. For capacity, this province provides a largest quantity of garlic for local market. In addition, Hai Duong garlic are being exported to developed markets, such as Japan, South Korea…