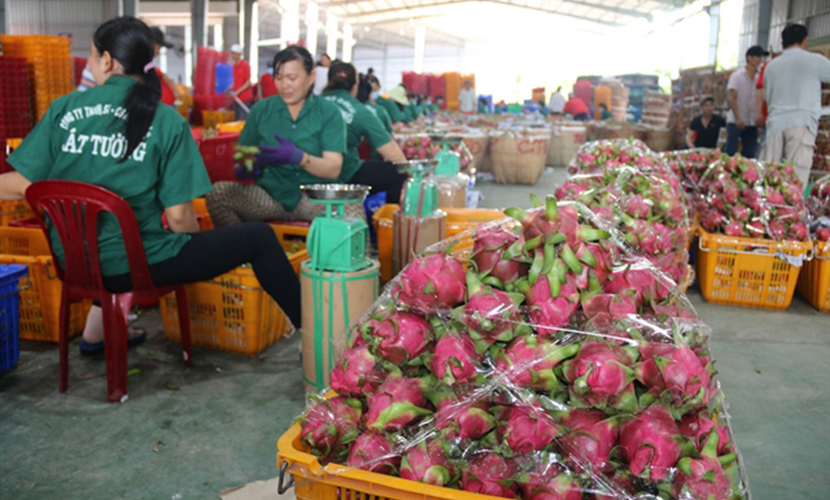 The agriculture sector in the first half of this year attracted about VNĐ11.4 trillion (US$491.3 million) to 11 new and existing projects processing farming products, according the Ministry of Agriculture and Rural Development.

The ministry said since 2018, total capital of over VNĐ20 trillion was invested in 30 projects processing agricultural products nationwide. They are hoped to create a breakthrough in processing and exporting farm produce.

Head of the MARD’s Department of Planning Nguyễn Văn Việt said the ministry is directing the implementation of a project to reduce post-harvest losses and improve the value of farming, forestry and fishery products in processing.

Việt said attention has been paid to enhancing deep processing of products with great market advantages and promoting restructuring of farming products to increase added value.

The MARD will continue to support and facilitate the construction and operation of large-scale and modern processing plants of vegetables, fruits and livestock products in 2019, including a hi-tech dairy cow and milk processing plant worth VNĐ3.8 trillion (over $163.7 million) in the central province of Thanh Hóa.

In the first half of this year, as many as 1,634 agro-forestry-aquaculture enterprises were established, lifting the total enterprises operating in the agricultural field to nearly 11,000.

Of which, large-scale firms such as Vinamilk, Nafoods, TH, Dabaco Vietnam, Masan, Lavifood, Ba Huân and Biển Đông have promoted investment into high-tech application in production and business.

According to the MARD in the period 2013-18, the industry of processing farming, forestry and fishery developed strongly with a growth rate of about 5-7 per cent per year. Therefore, the total export value of this sector gained strong growth at about 8-10 per cent a year, especially in 2018 with a record high of $40.02 billion.

However, the farming processing industry still has bottlenecks in the production value chain such as low capacity, low technology and poor quality of raw materials and processed products.

At present, Vietnam’s industry of processing agricultural, forestry and fishery products has a designed capacity of about 120 million tonnes a year and over 7,500 large-scale enterprises.

Vietnam’s processed agricultural products have been exported to over 180 countries and territories, including many high-demanding markets such as the EU, US and Japan.