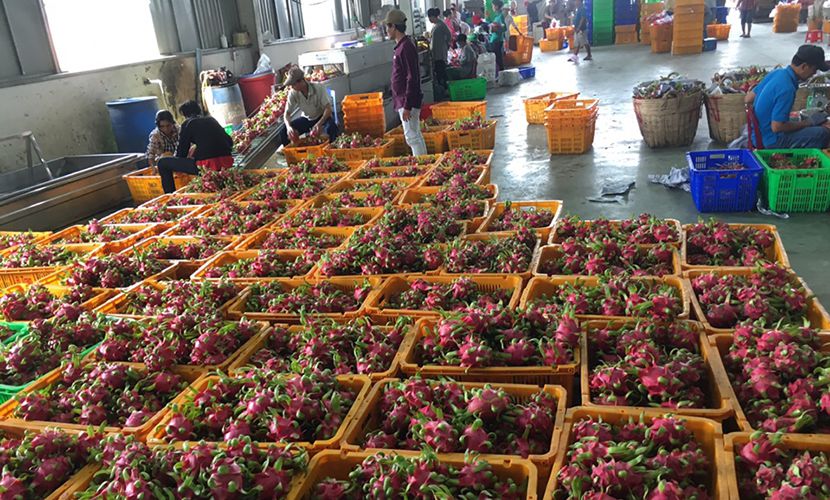 Long An is one of two largest provinces to produce dragon fruit in Vietnam. Each year, this province produces about 215,000 MTs. In addition, Long An is aiming to increase production area of dragon fruit with 2,000 ha for export in Chau Thanh District.

The plan which is completed by 2020, will expand the province’s dragon fruit area to 11,200 ha. The new cultivation area will produce pesticide – free dragon fruit in Vietnam.  As a result, it is easy to enter into developed markets, such as Australia, Japan, Europe…

At present, 80% of Long An’s dragon fruit is for Chinese market. 15% is for the local market, and the rest is for Japan, USA and Europe.

This year, the province has implemented six pilot models with a total area of 145.2 ha. At the pilot sites, technicians guided farmers to use organic fertilizers, bio-fertilizers, probiotics and advanced technology for cultivation.

According to an expert, in the current market, farmers must move to clean technology, aiming at stabilizing output and improving the value of their products.

However, the expansion of the clean dragon fruit model was difficult because it requires a large amount of money from farmers who wanted to participate in the project.
Source: vietnamnews.vn