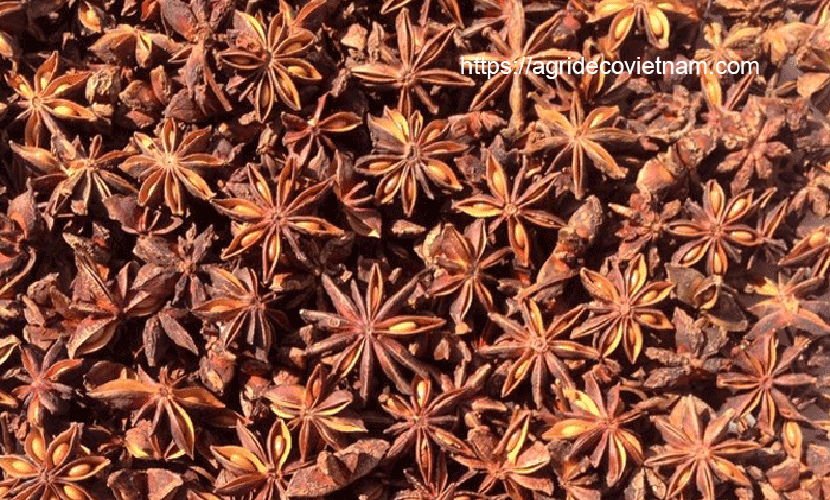 Coming Van Quan these days, it is not difficult to catch the images of growers busy in the anise fields. Taking the bus from the city to the place with the “green gold mine”, just crossing over Khanh Khe bridge, we felt the faintly sweet scent of aroma.

Going deep into the district center, we can see star anise being dried in the empty fields along the road. With the annual income of 500 billion VND per year, people are aware  of the economic value of star anise in reducing poverty.

The area of ​​star anise forest in Van Quan district has been expanding. Accordingly, the production of star anise has been increasing. The total output of dried star anise of the district reaches more than 8,000 tons per year.

Star anise products that have high economic value are raw materials in many fields such as pharmaceuticals, aromas, cuisine and handicrafts … The consuming markets of Lang Son star anise is America, European countries, India, China, Japan, and some Southeast Asian countries. Every year, Lang Son sells tens of thousands of tons of dried star anise and thousands of tons of anise oil. Initial investment capital was high, but the value of long-term benefits could be harvested for decades.

In 2018, implementing the model of production development in new rural construction, Van Quan district was allocated VND 2,650 billion. In particular, the model of organic star anise production in Van Mong commune was supported with a total capital of VND 900 million.

Ms. Hoan, a grower participating in the organic star anise production project in Van Mong commune, said that in the past, the forest was always luxuriant because the family did not have money to hire people to work. Therefore, star anise productivity depent heavily on natural conditions.

“My family just learned about the organic star aniseed production process. At present, my family has two hectares of star anise in the project. Growers have participated in the training courses so that we know the production of organic anise is like. Now we understand the process of caring, harvesting, drying and preserving star aniseed properly and ensure the quality of star anise oil, “Hoan said.

The project of organic star aniseed is implemented in Van Mong commune with an area of ​​85 hectares with the participation of 56 households. In addition, the project is also implemented in Yen Phuc commune with an area of ​​100 hectares. When participating in the project, growers will be able to participate in training courses on the process of planting, tending, harvesting, processing, preserving … according to the organic process.

When participating in the project, grower’s awareness of raising star anise trees has been improved. Many households who did not participate in the project also voluntarily cleared the family’s anise forest to create a more beautiful and productive yield.

“Participating in the project, growers have to record clearly the time of fertilizing, periodic care, and management of the harvesting stage so that they know the yield through each season. Growers also know the organic production process, so the yield is higher and anise flowers are bigger and more beautiful. Therefore, the selling price of organic star aniseed is higher than market prices, ”a local governor explained.

In addition, each household participating in the project will be supported with fertilizers, expenses for deforestation, and necessary facilities. Recently, the income from organic star aniseed has helped the people here improve their lives and reduce poverty.

In particular, star anise products have been announced as a national property by the Ministry of Science and Technology. This is an advantage to invest in developing anise trees in the province.