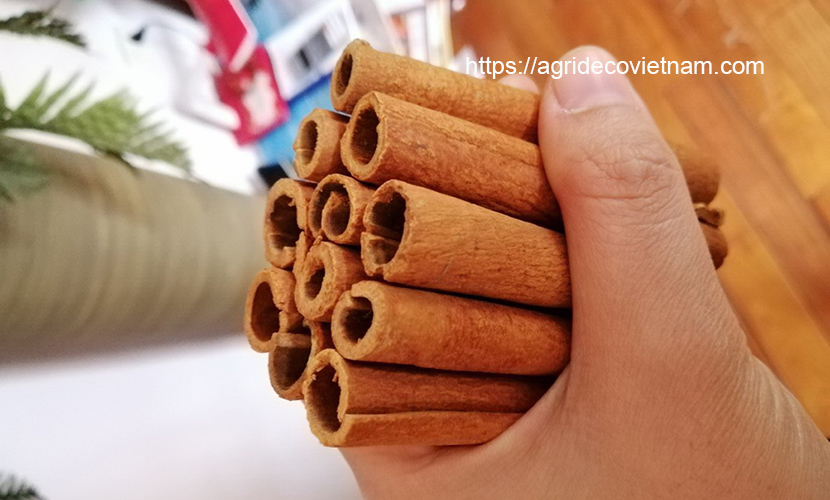 Since the forest area was mainly timber trees, in recent years, Van Chan have focused on developing Saigon cinnamon trees based on their adaptability and economic efficiency from this medicinal tree.

With more than 64,000 hectares of forestry land, Van Chan district has great potential for forest development. However, in previous years, in addition to the natural forest area, most of the forest area was planted with timber trees. Implementing the policy of restructuring forest trees, in recent years, Van Chan have developed Saigon cinnamon trees, to increase income from forestry.

The price of cinnamon increased with favorable consumption, so many traders came here to purchase long cassia sticks. Many cinnamon hills that are far away, traders are afraid to harvest. They just cut the barks, leave leaves and branches, which are more valuable than previous years.

Having worked in cinnamon peeling for many years, Mr. Trieu has established a cinnamon peeling team of more than a dozen people. In previous years, he only bought cinnamon gardens in Nam Lanh, peeled it also. This year, he had to find and buy in all the further communes, but there were no stable jobs for the team members.

Mr. Trieu shared: “In previous years, many people would like to sell cinnamon but I did not dare to take much because peeling cinnamon was done only on the good weather. Now the price of cinnamon is going up, but buying cinnamon garden is also difficult ”

However, almost every day there are traders coming here to ask to purchase Vietnam cinnamon. Mr. Sau, a local grower,  has more than a dozen hectares of cinnamon, of which 3 hectares are over 15 years old. Therefore, there are many traders seeing every day. Last year, each hectare of his family sold only 200 million dong. However, several traders pay more than 300 million dong but he does not want to sell.

“When starting to plant forests, my family chose to plant acacia trees. After the exploitation cycle, realizing that cinnamon was more valuable, the family has changed most of the area to grow Vietnamese cinnamon. At that time many people feared that unsuitable cinnamon took more than a dozen years to harvest. However, cinnamon trees have confirmed their superior performance compared to other crops. Now my family is in the picking phase of leaves and branches but they brings him more than 200 million VND per year ”, he said.

Previously, Saigon cinnamon was concentrated only in several communes in Van Chan district, where the Dao and Mong people live. But more than the past ten years, since the cinnamon essential oil processing factory operated, cinnamon trees have become more valuable. Then, many growers chose Saigon cinnamon trees to develop their forests.

With the use of branches and leaves to produce essential oils, picking up of leaves and branches has helped growers earn income. From 10 to 15 years of waiting to harvest the barks, now only 4 to 5 years people can harvest the leaves to sell for an average price of 2,000 VND / kg. On the other hand, the cinnamon trunk is also valuable with the market price ranging from 2.5 to 3 million / m3.

Mr. Sinh, another grower, said: “Compared to other trees, cinnamon tree is more valuable because people can take full advantage of all pieces. Growing cinnamon is also easier than planting acacia and other trees. Cinnamon tree has the ability to regenerate after the harvesting cycle.”

Recognizing the value and potential of cinnamon development, Van Chan district pays more special attention to encouraging growers to develop cultivation areas of Vietnamese cassia. On the basis of the provincial agricultural restructuring plan, the district has prepared a cinnamon development project in the 2016-2020 period.

With the aim of planting more than 2,500 hectares of new cinnamon in 2020, the district has assigned the Forest Protection Department to allocate forest land to grow cinnamon. At the same time, the department has helped growers to prepare land and planting techniques.

Cinnamon has proven to be a tree with high adaptability, less pests and diseases than the current timber plantation trees. Although the objective of the Project has been achieved, many households still want support to grow more cinnamon areas.