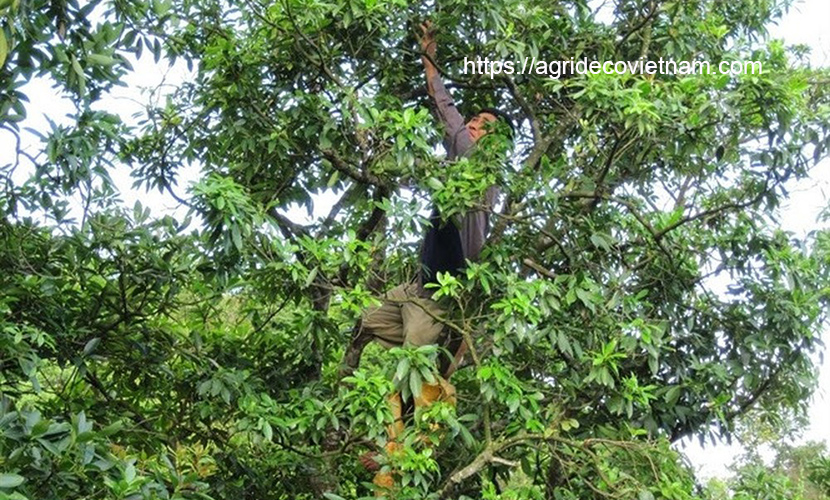 These days, local people in Bac Kan province have been busy with harvesting fresh star anise. In this year’s crop, farmers are excited because of high price and high productivity. Vietnam star anise is becoming a poverty alleviation tree, enriching many highland villages here.

In the whole province, Bach Thong District is considered as the capital of Vietnam star aniseed. Especially, star anise planting here generates high productivity and is becoming the key tree of the district. Along the way to the centre of the district, it is not difficult to see star anise dried with confortable flavors.

In the star anise forest, taking advantage of the beautiful sunshine, Ms. Uyen, a farmer, is busy managing labor to collect anise flowers. She said her family now has more than 10 hectares of Vietnam star anise, in which, 80% of the area has been harvested. Since the beginning of the season, she has collected more than two tons, with the selling price of VND 30,000/kg. Therefore, she has earned more than VND 60 million. Ms. Uyen is excited that the star aniseed price has reached the highest level than ever, almost twice as much as last year.

Ms. Chuong, a grower in Sy Binh commune also has an area of more than two hectares of Vietnam star anise being harvested. Currently her family has harvested of half of ton. She estimates to exploit more than three tons, earning nearly VND 100 million. “Taking advance of high price, I hire from six to eight people to collect star aniseed flowers. Each person will do on a different job, one climbs a tree to pluck flowers, the one below picks up flowers and put in bags”, she explained.

Not only star aniseed sellers, but also anise buyers also enjoy with the high price. Mr. Be said that star anise in Bac Kan has high productivity and good quality. Therefore, in addition to buying in Lang Son, traders also come here to buy Vietnam star anise. “Each day I buy five to six tons of fresh star anise. The initial price was only 25 – 27 thousand VND / kg, but the price increases to more than 30,000 VND / kg today. Sellers earn high income, but buyers like us are also beneficial”, he added.

Thanks to Vietnam star anise trees, the income of local people is becoming better. In two communes Sy Binh and Vu Muon, there are more than 400 hectares of Vietnamese star aniseed. In which, half of the area has been harvested. Growers have been excited due to high price and high productivity.

The exciting morale of  harvesting star anise is also taking place in Binh Van, Yen Han and Yen Cu communes of Cho Moi district. Mrs. Diu, a local grower in Binh Van commune, owns more than 1.5 hectares of hundred-year-old star anise trees. According to her, each year her family earns a stable income from VND 50 million to VND 100 million. In addition, traders come her house to buy, her family do not have to bring far to sell like before.

Currently, Cho Moi district has more than 600 hectares of Vietnam star anise trees. In which, more than 300 hectares, which are over 50 years old, are being harvested. The district identified that star aniseed is one of the key trees, so the district encourage growers cultivate on export directions. In addition, the district is doing promotions to insure output sales for star anise products.

According to an estimate, with the current price, each hectare of star aniseed can generate income up to VND 400 million / ha. Therefore, Cho Moi district set the target to increase the area to 1,000 ha by 2020, in the eastern economic region, creating a commodity production area. The district is also focusing on attracting investments to build a local star aniseed essential oil processing factory.

Up to now, Bac Kan province has developed more than 4,600 hectares of Vietnam star anise trees. These areas, which are all more than 15 years old, generate a stable source of income for local growers.

According to a provincial governor, the current average price of star anise is at 30,000 VND / kg, the highest price than ever. However, this price level is unusual and seasonal because Vietnamese star anise products do not have a stable consumption markets, depending heavily on Chinese dealers. Therefore, in the coming time, the province is focusing on promoting and attracting investment in anise processing to enhance the value chain and trademark of star anise products.