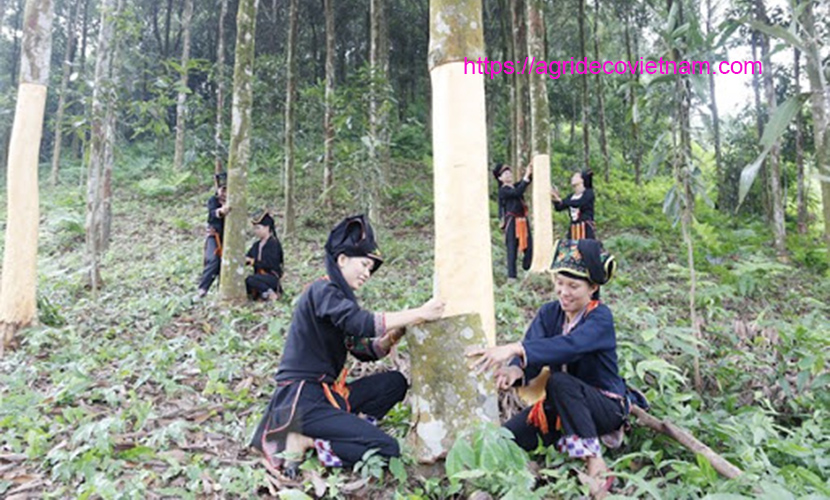 Vietnam cinnamon products have been in the land of Thai Nguyen province for more than 20 years from a settlement projects for ethnic minorities. However, the development of cinnamon production is quite limited, because of low and unstable output prices and long harvesting cycles. Therefore, local growers are not keen on expanding the production area.

In recent years, conversely, the price of Vietnam cinnamon products have increased, so growers began focusing on the production process. They hope that Vietnames cassia trees could  ensure the income of people living by forestry. In addition, cinnamon trees could also protect water resources, develop the environmental landscape, and promote socio-economic development of the locality.

Kim Son is one of the communes with the largest cinnamon area in Thai Nguyen province. Besides the newly planting cinnamon area every year, there have been cinnamon hills since 1997, with the average diameter of 40cm. In fact, there are very few kinds of plants like cinnamon that can be sold from stems, barks, branches and leaves.

The purchase price of fresh cinnamon barks in the locality could be around 20,000 VND/kg. At present, traders are purchasing at 80,000 VND/kg of dry cinnamon barks, which is a high income level for the mountaineous people.

Vietnam cinnamon trees have many advantages, such as easy production and less pests. In addition, they only takes first three years of care, then they have been exploited from the 7th year onwards. In 2015, the province implemented the project of intercropping Vietnam cinnamon trees into protection forests with an area of more than 100 hectares in several communes. Until 2018, the province deducted more than VND two billion from the budget to support 100% of cinnamon seeds for a new 500-hectare cinnamon planting area.

According to the project, by 2020, the province will plant more than 3,000 hectares of Vietnam cinnamon trees. In order to stabilize the production, processing and consumption of cinnamon products, the province promoted the association between growers, processing factories and export companies in Vietnam.

At the same time, the province should strengthen the evaluation of seedling quality before planting. Moreover, they advised people to strictly follow the production techniques to ensure the quality requirements for the products.

With the initial effects that Vietnam cinnamon products generated, Thai Nguyen province continues to promote the potentials and advantages of forestry economy. In particular, the province will focus on developing and planning cinnamon production areas. This is the right direction to promote the process of economic restructuring, job creation, and income appreciation for local growers.