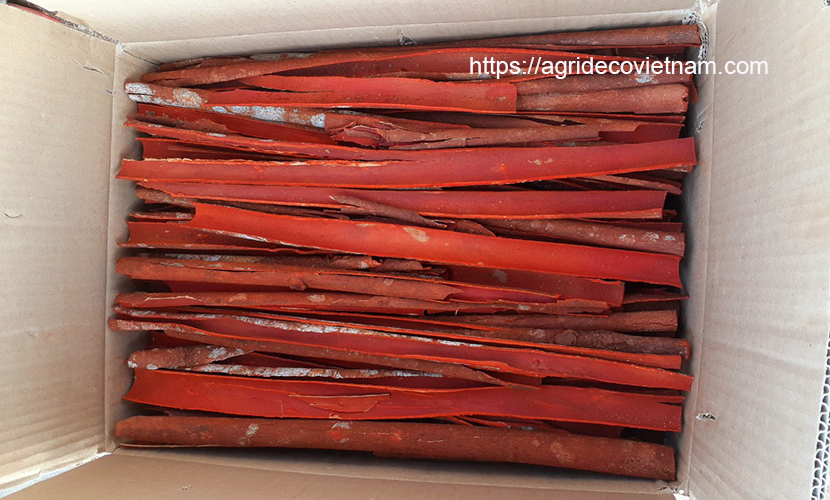 In Yen Bai province, most of the people live on agro-forestry production. Due to the climate and soil, which are suitable for cassia trees, there are more growers becoming rich. Besides traditional production methods, local growers take part in projects of Vietnam organic cassia. Accordingly, this project could help improve the value of cinnamon trees and protect the environment.

Yen Bai province is known as the capital of Vietnamese cassia, with the largest production area. Since ancient time, the Dao people in Yen Bai province have planted cassia for gifts or sales at the low prices. Therefore, they did not consider cassia trees as the main source of income generation.

However, in recent years, cassia has become a key tree of the province. Vietnam cinnamon is a valuable raw material for pharmaceutical, cosmetics and handicraft industries. As a result, in the hearts of Yen Bai people, Vietnam cassia trees would be their fortune.

Vietnam cassia trees have high economic value because of being cultivated under organic practices. Under these methods, cassia trees will contain higher oil content and growers can sell all elements, such as barks, leaves, and branches.

With an area of ​​more than five hectares of cassia, for many years, Mr. Bang has no longer spraying herbicides on cassia trees but starting to cut grass by machine. “In the past, my family and households in the village sprayed herbicides and fertilizers for small trees. However, everyone has now been aware of the harmful effects of pesticides, so growers use a lawn generator instead’, he shared.

Like Bang’s family, Bac’s family, has not used pesticides and fertilizers for a long time. For the entire area of ​​20 hectares of cassia, from 3-20 years old, he only clear grass, does not uses fertilizers. According to him, because the soil here is abundant, they just need to clear and burn grass, then grow cassia trees.

For the exploiting process, after peeling fresh cinnamon barks, they dry on a high and clean platform, far from areas with chemical fertilizers, chemical drugs or pesticides. In addition, the organic production will produce cassia products with higher and more stable prices than regular ones.

In recent years, the cultivation of Vietnam organic cassia, also known as green agriculture, has been participated by a large number of people in Xuan Ai commune. The organic production would help increase increase the value of cinnamon and protect the environment.

Van Yen district currently has more than 50,000 hectares of Vietnam cassia, which accounts for 50% of the whole province. With the suitable climate and soil, cassia trees here contain higher essential oil content than other places. Especially, Van Yen cinnamon products has granted geographical indication registration. This helps upgrade the value of cassia products of Vietnam in the world.

This year, Vietnam cinnamon barks reaches a good price, ranging from VND 80,000 to VND 90,000 per kg. Each household could earn at least hundreds of milliosn to billions of Vietnamese Dong. Thanks to that, many households in Van Yen district have become millionaires.

Each year, Van Yen district sells to the market more than 6,000 tons of dry cassia barks of all kinds. The annual output of cassia branches and leaves is about 63,000 ton. Cassia wood reaches more than 51,000 m3 per year.

The revenue from cinnamon trees brings Van Yen people more than VND 700 billion per year. As a result, it contributes to promoting socio-economic development and creating momentum for the implementation of the National Target Program on New Rural Construction in the 2010-2020 period.