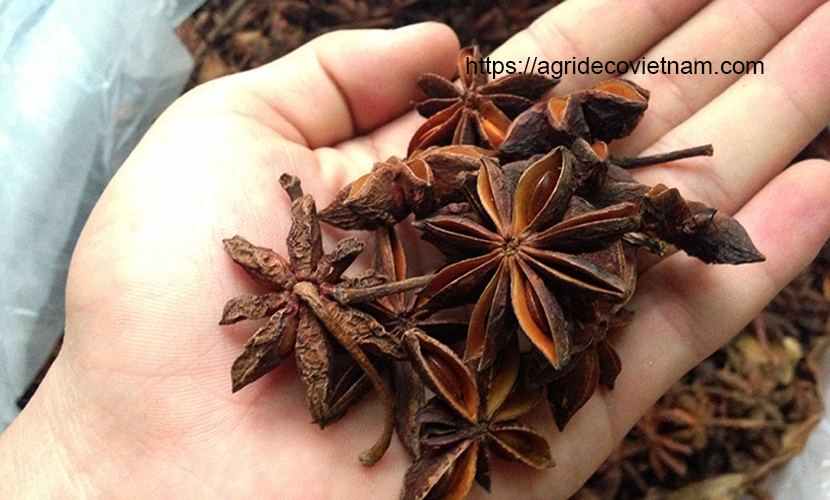 Along the road to the center of Yen Phuc commune at the end of the year, there are vast green forests of Vietnam star aniseed. In the harvesting seasons, the forest is full of anise flowers, giving off a fragrant aroma, bringing prosperity to the local people.

Specifically, quality as well as taste of star aniseed here is in the first class due to favourable climate and suitable soil in high mountains. Therefore, every family here grows star aniseed. Star aniseed is considered as the heritage from ancestors. From past to present, local people all rely on Vietnam star aniseed cultivation.

“This year, the total amount is 1,547.8 MTs / crop, which generates more than VND 100 billon of the revenue. Thanks to the large forest area, many households have earned hundreds of millions VND per year. More significantly, more than 90% of Yen Phuc’s star anise output is exported to China, India and Europe ”- Mr. Linh cheerfully shared.

Following Mr. Linh, we went to a farmer in the commune, one of the most long-lasting growers of Vietnam star aniseed. Seeing us, he happily shared: “The quantity of this crop is good. Ethnic minorities will have a warm Tet again! ”

Mr. Tri, a local trader, share: “Each year, there are two harvesting crops of star anise: Spring crop and Autumn crop. Spring crop lasts from March to May and Autumn crop lasts from August to November. After picking, the fresh anise is put into the heater change its color from green to ripe yellow, then continue drying for 5-7 days to wrap in bags”.

“My family has been in business of Vietnamese star anise for more than 30 years. Both productivity and price is good. There are days, I exported dozens of tons of Vietnam star aniseed. If I do not pre-order with local farmers, there will be no star anise to purchase”, he added.

Aslo accoring to Mr. Linh, Vietnam star aniseed here has experienced many up and down stages. In some stages, it has been so expensive that local farmers do not enough to sell. In other stages, the price is lower than labor costs of harvesting. At the end of 2007, geographical indications of Lang Son star aniseed were protected and became a national property.

Especially, at the end of 2015, the Department of Science and Technology of Lang Son has completed the registration of geographical indications for Lang Son star anise products in Europe. This helps Vietnam star aniseed affirm the brand name and avoid infringement of the rights to star anise products abroad.

Bringing back the joy of anise growers in Yen Phuc, we returned to Lang Son city. A governor said “The total area of ​​star anise cultivation in Lang Son is about 35,000 hectares, distributed in most districts and cities in the province. In which, Van Quan district is the largest district growing Vietnam star aniseed, with nearly 10,000 hectares”.