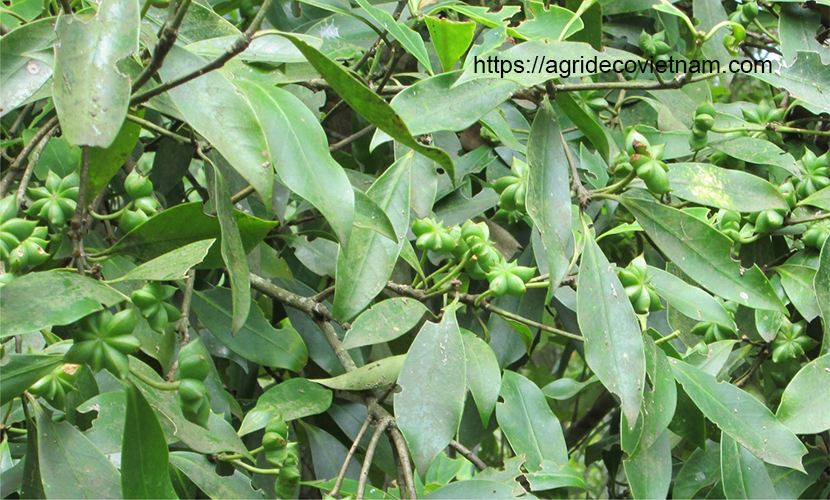 Vietnamese star anise products have been widely used in many fields such as pharmaceuticals, aromas, cuisine and handicrafts. Also, there are a large number of consumer markets such as the US, European countries, India… Each year, Vietnam exports tens of thousands of tons of star aniseed and star anise oil. The initial investment is high, but the long-term benefits can be collected for decades.

In recent years, income sources from Vietnamese star anise has helped farmers improve their lives and reduce poverty. In particularly, the Vietnam Intellectual Property Department has declared star aniseed from Vietnam as a national property. This is a great opportunity to invest and develop star anise in Lang Son province.

Due to high economic efficiency, the local governments are interested in developing and expanding star aniseed cultivation area in Van Quan. There are many typical models, which generate high income from developing star aniseed in Van Quan district. Mr. Doong, a farmer, is harvesting 20 hectares of star aniseed. In 2017, the revenue from selling Vietnamese star anise was VND 270 million.

In addition, his family also experimented with 04 types of medicinal plants including ‘Dinh lang’, ‘Ba kich’, ‘Ha thu o’, and ‘Sa nhan tim’ in 1 hectare under the forest canopy. This project has initially generated the efficiency. Effective models will contribute to increasing the efficiency of land use, creating jobs and income for many local people.