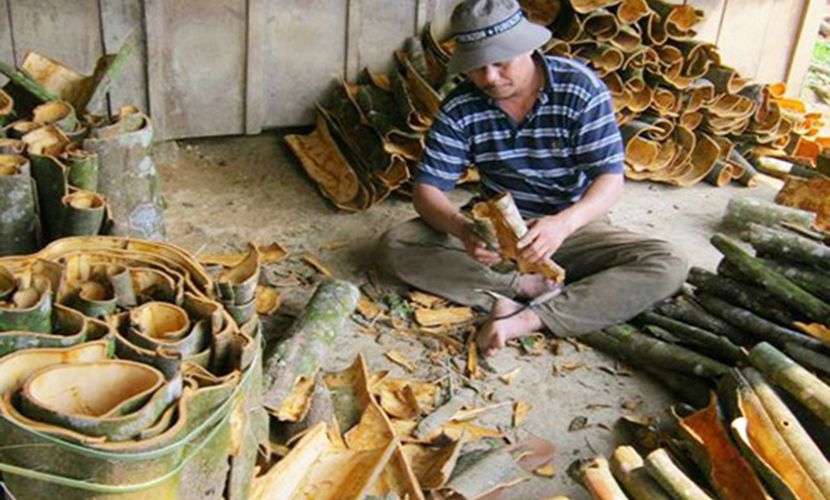 In recent years, the cassia market has strengthened as the price of cassia products has gradually improved. Therefore, growers of Vietnamese cassia can make a living by planting this type of tree.

Cassia trees have long been associated with the spiritual life, economy and culture of local people here. Since the 1980s, Vietnamese cassia has been a major money-maker.

Vietnamese cassia products have been popular in both domestic and export markets, creating a major source of income for growers. Cassia trees have become the most important tree in the economic development in Vietnam.

However, the current limitation of Vietnamese cassia is that the marketing issue. There are very few purchasing and processing units that have signed contracts with farmers. Hence, farmers only sell raw products with unstable prices.

According to a governor, “Cassia growers need stable buyers and new technology to upgrade the value of their products. Also, there should be a co-operation between enterprises and growers to collect cassia products, such as branches, leaves and wood”.

Reggie Turner is an Australian businessman who specializes in distributing and selling cassia products. He said his customers in Australia and the United States are very satisfied with the quality of Vietnamese cassia compared with cassia from Indonesia or Sri Lanka.

“Demand for medical and herbal health products is increasing worldwide and the world is relying on Vietnam to meet this demand. He believes that Vietnam can build a global brand for Vietnamese cassia. This brand will add value to cassia products in Vietnam, as well as bring more income to farmers”, he added.

A director of an export company of Vietnam cassia suggested that cassia growers should choose good practices to grow, harvest and preserve cassia in accordance with international standards to meet the strict demands of the world market.

At the same time, authorities should give advice and guidance for local people on exploitation and preservation after harvesting in order to preserve the quality of cassia to increase trade value as well as processing high value products, he added.