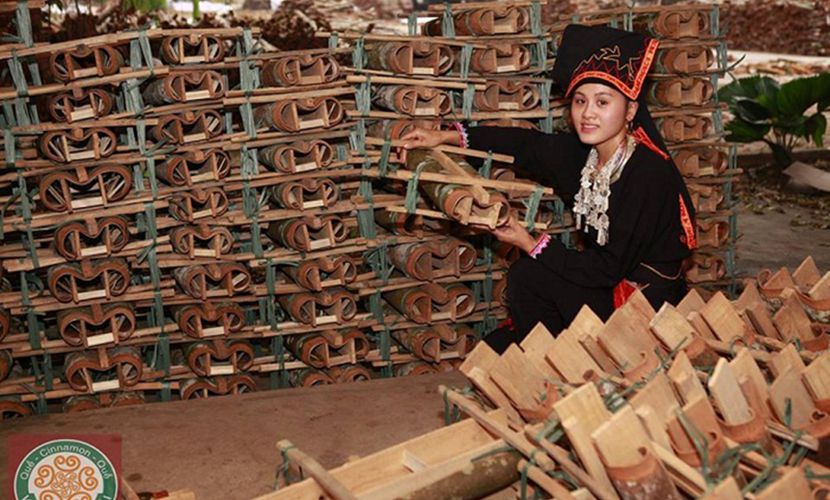 The trademark of Vietnamese cassia has increasingly been prestigious in the global market. This helps increase the production of made – from – cassia products in the highland province of Yen Bai.

Yen Bai province has a large area  with favorable soil and climate. Therefore, Yen Bai has formed the largest area of ​​cassia or cinnamon in Vietnam. In which, Vietnamese cassia trees are most popular in Van Yen district.

Over 75% of Dao people living here, Vien Son an area of ​​cinnamon with more than 2,500 ha. Since year 2000, due to the expansion of the market, cinnamon here has been becoming more valuable. As a result, it helps farmers to get out of poverty.

With an area of ​​over 40,000 hectares of cinnamon, Van Yen becomes the largest cultivation area of ​​cinnamon in Vietnam. Each year, Van Yen cultivate a new area from 1,500 ha to 1,600 ha of cinnamon.

Currently, Van Yen has 12 factories producing and processing cinnamon oil. In addition, there are 16 enterprises which purchase and process Vietnamese cinnamon for export. The annual income from cinnamon trees is thousands of VND billion. This contributes significantly to economic and social conditions and promote the construction of new rural areas in this highland district.