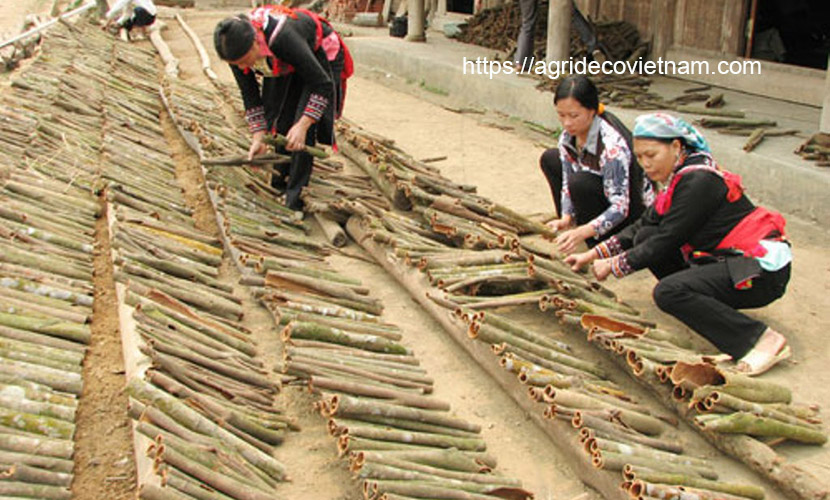 Lao Cai province has planned cinnamon planting areas and processing facilities with the scale of 25,000 ha by 2025.

Cinnamon tree is the perennial tree and mature trees can be higher than 15m. All stems, branches, roots and leaves of cinnamon can distill essential oils, make medicines and spices. Cinnamon trees after 6-7 years of planting can be peeled. Cinnamon bark is a valuable source of export specialty. Wood is light brown, straight, smooth, can be used to produce home appliances and make houses.

According to statistics, the whole province has 17 seed businesses. The average annual cinnamon seed volume ranges from 15-20 tons, ensuring forest seed demand in the province and neighboring provinces.

The total economic value on 1 ha of cinnamon (15 years) reaches $25,000 from collecting branches, leaves and shells. The average profit per hectare is more than $1,500/ha/year, 2 times higher than other timber trees (fat, glue).

Lao Cai province sets the target that Lao Cai cinnamon will become a national product by 2020. Therefore, it is necessary for the province now to expand the cinnamon growing area and develop the processing factories. In addition, the province should encourage farmers to grow cinnamon in accordance with the plan.

Besides, the processing of cinnamon products needs to promote the application of high technology and focus on quality. Moreover, it is necessary to continue trade promotion to consume cinnamon products. Only doing these well, it ensure the sustainable development of Lao Cai cinnamon trees.