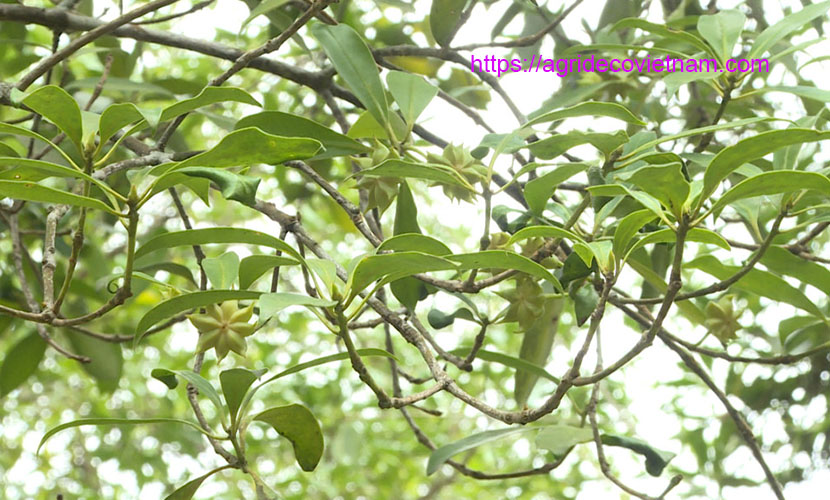 Since the beginning of 2021, although the output has decreased compared to the main crop, the out-of-season star anise has reached a very high price. Therefore, many people are urgently collecting it to increase their income and for economic development.

Van Quan is known as the land of star anise in the province. Here, star anise is one of the key crops, helping many people to develop their economy and get rich. Normally, there are 2 star anise collecting periods annually, including the main period (from July to October) and the out-of-season one (from January to April).

For many star anise growers, the beginning of January is the time when people go to the forest to collect out-of-season star anise. For example, in An Son commune, the star anise cultivation area is more than 300 hectares. Mr. Hoang, a local grower, said: “My family has about 100 anise trees that were harvested. The output of the out-of-season star anise is only equal to 60% of the main crop. However, due to the out-of-season time, prices would be higher. The amount of star anise harvested from each tree can range from 20 kg to 100kg. Each day, I harvest around 10kg of fresh star anise. Expectedly, by the end of April, the harvest will end.”

According to data from the Division of Agriculture and Rural Development of Van Quan district, at present, there are about 14,000 hectares of star anise in the whole district, of which, the harvested star anise area is 11,000 hectares. Most communes of the district grow star anise, with the largest concentration in some communes such as Yen Phuc, Lien Hoi, Trang Phai, An Son … With a yield of about 2 to 2.5 tons / ha, every year, The total production amount of the out-of-season star anise in both crops of the district is over 26,000 to 30,000 tons, the total income is estimated at about 600 to 700 billion VND.

Currently, Lang Son star anise in general and Van Quan district in particular have become branded products on the market, becoming exported to many countries such as China, Korea, Australia, India … Therefore, all levels and branches of Van Quan district always pay attention to and focus on improving the quality and value of products as well as trade promotion, market development to create stable output for products. Along with that, people here constantly learn and improve their knowledge from planting, caring to harvesting star anise.

At the beginning of March 2021, the product of “Lang Son star anise” officially entered the top 100 souvenir products of Vietnam. This is not only a big encouragement, but also the pride of both star anise farmers and people in Lang Son. For the district considered the star anise land of the province like Van Quan, it is believed that this will be the driving force for people to continue to improve the quality of Van Quan star anise products.