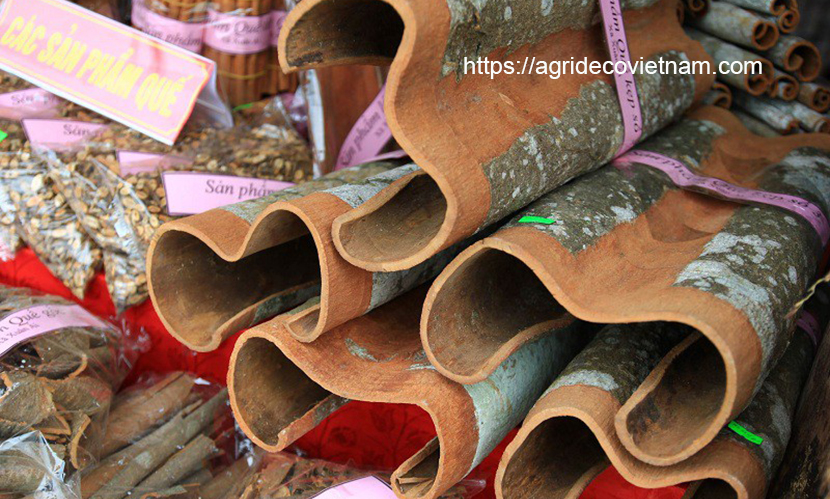 Coming Binh Lieu border district of Quang Ninh province, we can see the happiness of the local people in the harvest season of Vietnam cassia. Cassia trees have been providing a high income for ethnic minorities here.

Since mid-April, local people in many communes of Binh Lieu district have been busy harvesting and selling cassia products. On the green hillsides, we can see prominent images of people in every village and hamlet in Binh Lieu district peeling and shaving cinnamon barks. From a distance, the aroma of cinnamon has spread throughout the way.

“Currently, my family has more than 2 hectares of cinnamon forest for harvesting. Each day, a person can peel more than 40kg of cassia barks for sales. Since the beginning of the crop, we have harvested and sold nearly 80 million dong of cinnamon products. The income from cassia helps my family to cover daily life and raise their children to school. Next year, I will plant more than ten thousand cinnamon trees to make forests green and increase income for the family”, he added.

Vietnamese cinnamon trees are woody and perennial trees. The mature trees can be more than 15m high. Cinnamon trees growing in Binh Lieu after about ten years can be exploited. All stems, branches, roots and leaves of cinnamon trees can distill for essential oil, which brings a high economic value.

Vietnam cassia trees are suitable for the climate and soil in Binh Lieu district. Therefore, it is scatteredly planted in most communes in the district. Vo Ngai, Hoanh Mo, Dong Van are three communes that have the largest growing area of Vietnam cassia.

There are two exploiting crops per year. In the spring, the weather is less rainy, which is suitable for exploiting and processing cinnamon barks. In the fall, heavy rains and gloomy climate make cassia barks moldy and rotting.

According to growers, the period from April to June is the time when Vietnam cinnamon has the highest oil content. Cinnamon products are used as spices, flavoring or extract to get essential oil. Currently, cinnamon is one of the trees that bring a sustainable source of income for people in Binh Lieu.

Specifically, the estimate economic value of 1 hectare of cinnamon (15 years) is 580 million VND. The average profit of cinnamon growers is more than 38.7 million VND / ha / year, 2 times higher than growing of other trees. Our actual survey in Binh Lieu, the spot purchase price is 30,000 VND/1kg of fresh cinnamon barks.

However, the actual development of cinnamon trees in the border district of Binh Lieu over the years has also shown some inadequacies. Binh Lieu cinnamon production is not high, purchasing price depends mainly on traders.