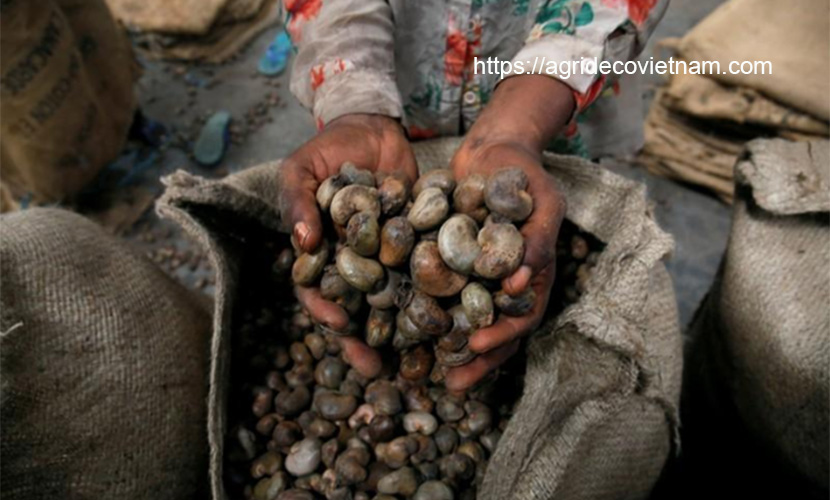 Cashew nuts are one of the largest import items in the first 10 months of 2018. However, in the coming time, Vietnamese cashew industry may lose a large supply from Africa.

Although the import value has decreased, cashew nuts are still one of the 4 largest import items into Vietnam. According to the General Department of Customs, in the first 10 months, Vietnamese cashew import volume reached 1.06 million tons. The equivalent import value reached more than $ 2.1 billion. Compared to the same period of 2017, imports of cashew raw materials decreased by 10.4% in volume and 8.9% in value.

Tanzania’s President, Mr. John Magufuli, asked to increase the price of cashew materials by 94% to protect local farmers. Along with this act, he decided to buy 220,000 tons of cashew nuts from farmers after private businesses refused to buy at such a high price.

“Tanzanians will consume all the cashew nuts they produce if they cannot sell them,” the country’s leader said.

Traders strongly believed that this action could lead to a shortage of global supply. As a result, Vietnam and India were two countries that suffered the negative impacts first.

Meanwhile, experts were afraid that Tanzania would not have enough logistics capacity to contain all the cashew nuts of the 2018 crop. However, the Deputy Minister of Tanzanian believed that the government had enough capacity to store and preserve all the cashews for consumption.

“Cashew nut is a valuable agricultural commodity. Therefore, we should ensure careful storage before selling to the market. The army will be mobilized during the process of buying, transporting and storing cashews in the warehouse safely,” the Deputy Minister said.

International Commission for Seeds and Fruits says Tanzania exports 75% of its annual cashew production. Specifically, the country’s export of cashew nuts doubled to 540 million in 2017, from $ 270 million in 2016.

This action will raise concerns about the shortage of cashew supplies in the world market. Therefore, the price of cashew nuts in two major cashew processing countries, India and Vietnam, will be pushed up. It should be noted that no country harvests cashew nuts at the same time as Tanzania, so the risk of supply shortage is greater.

“In the short term, cashew prices will certainly increase, especially in India,” an expert said.

Currently, cashew price on the world market has dropped to 7,500 USD / ton, from 9,500 USD at the beginning of the year.

Experts has forecasted that the price of cash in the fourth quarter may increase as demand often increases sharply at the end of the year.