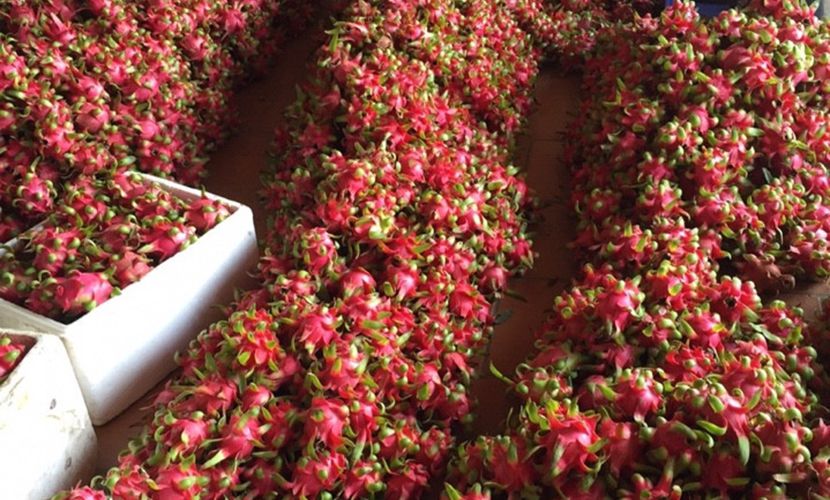 Open for many kinds of Vietnamese fruits

Exporting opportunities for groups of Vietnamese products have been increasingly opening, especially for fresh fruits from Vietnam, such as Vietnamese mango, banana and dragon fruit. Shipments of Vietnamese fresh banana arrived in Japan in 2016. This created new positive motives for export enterprises and farmers of banana.

In 2016, Huy Long An Co., Ltd received a exporting contract of banana with a Japanese partner, after six months of negotiation.<

According to a representative of Huy Long An Co., Ltd, Vietnamese bananas are being well-competitive in foreign markets.

Currently, fresh banana from Vietnam is sold at big supermarkets in Japan, such as Don Kihote, Daiei, Aeon… Prior to fresh banana, several Vietnamese fruits, such as mango, white-core dragon fruit were gradually exported to this market.

Acording to Head of Vietnamese commercial affairs in Japan, Japan was a tough market but a potential market. If Vietnamese export companies could provide high-quality products, they would have opportunities to enter into Japan.

After receiving approval in March 2017, Vietnamese red-core dragon fruit would enter into Japan through FOODEX 2017.

Up to now, besides main export products such as textile and garment, footwear, fishery… Vietnam has been exporting Vietnamese mango, banana and dragon fruit and lychee to Japan. In the next time, furthermore, several fruits will be able to enter into this market.

According to Vietnamese Ministry of Industry and Trade, Japan is the fifth largest import market for agricultural and fishery products. In addition, Japan is also the second largest one for fruits and vegetables from Vietnam.

When VJEPA came into effect, it would open major opportunities for Vietnamese products to enter into Japan. Accordingly, fishery and agricultural products from Vietnam would receive more preferences of tariff than other products.

In fishery sector, Japan would reduce average import tax from 5.4% (in 2008) to 1.31% (in 2019). Therefore, domestic enterprises need to take maximum advantage of this opportunity.

Also, according to Jetro Vietnam, Vietnamese companies should take care of packing, labels and shipping methods. Doing them carefully would assure that agricultural products and fruits penetrated into Japanese market successfully.